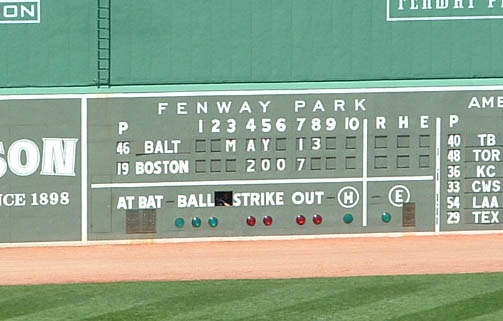 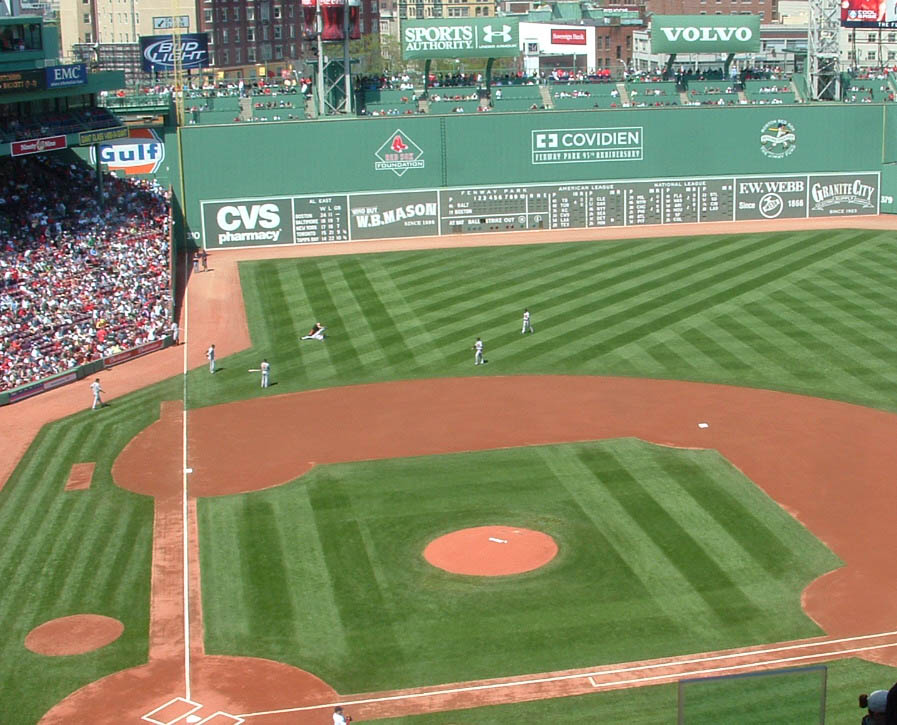 For those of you having problems remembering specifics of a game that happened more than four weeks ago, ESPN has a summary, but here’s the overall gist. The Orioles – specifically, Jeremy Guthrie – were dominant for eight solid innings. I had resigned myself to the loss at the bottom of the eighth, as the Sox had done nothing to make the game competitive or suggest that the team deserved a win. Nevertheless, we stayed for the whole game, and for this we were handsomely rewarded.

The first exciting event happened at the top of the ninth, when a (crazy? drunk?) fan tried to jump onto the field. While the article summary merely states that he was trying to “impress his son,” I can only imagine that he also did this to liven up the game for the home team. Indeed, correlative evidence suggests that this one act both inspired the Sox and demoralized the Orioles and caused the events that unfolded in the bottom of the ninth. Chris Ray provided the Sox with a victory, having three runs score while on the mound, one of which he walked in. It was an amazing game to go to, and I again thank Willis for inviting me.

The May 29th game with the Cleveland Indians was unusual in that I had brought a date to this game. This is not meant to be taken as bragging or even proof of a social life. It is instead meant to provide context for the comments in the remainder of this post.

Before the game even started, I had purchased a Remdawg, much to my date’s amusement. For those of you unfamiliar, Remdawgs are these absolutely gigantic hot dogs. So while he sat there giggling as I ate my Remdawg, I had to remind him that there were children present and that he should keep comments PG.

Shortly afterwards, we found our seats in the right field bleachers. As this was his first Red Sox game ever, I got to explain all the traditions and players. When Kevin Youklis came to bat, the stadium filled the cacophonous yells of “YOOOOOOOUUUUKKKK.”
“Why are we booing him?” he asked.
“We’re not booing him, we’re saying, ‘Youk,’” I said.
“But why would you do that when it sounds like you’re booing him? ????????? ???????? ”
“I suppose someone might think that if they didn’t know any better.” He was not particularly happy with that response. ????? ???? ?????? 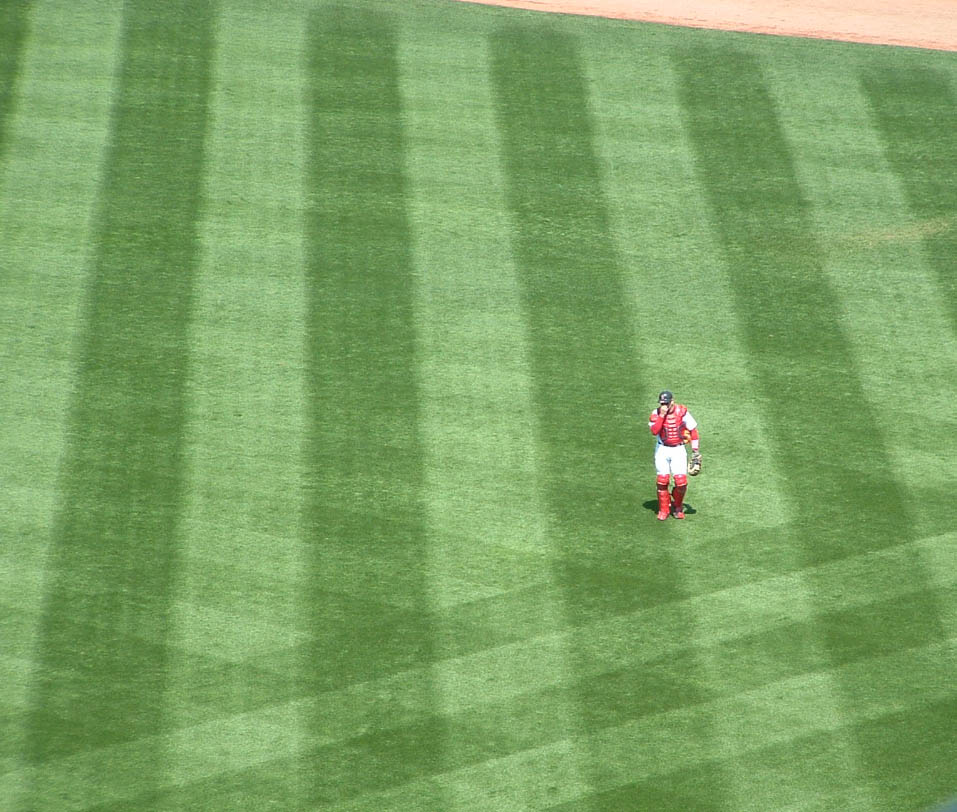 Later in the evening was Varitek’s first at bat, and I had the animated response you would expect from me. betway “TEKKKKKKK!!!!” I yelled. I told my companion, “He’s my favorite.”
“I kinda figured.”

Fortunately, neither ‘Tek, Youk, nor the Sox disappointed, as their solo homeruns carried the team over the Indians, 4-2.