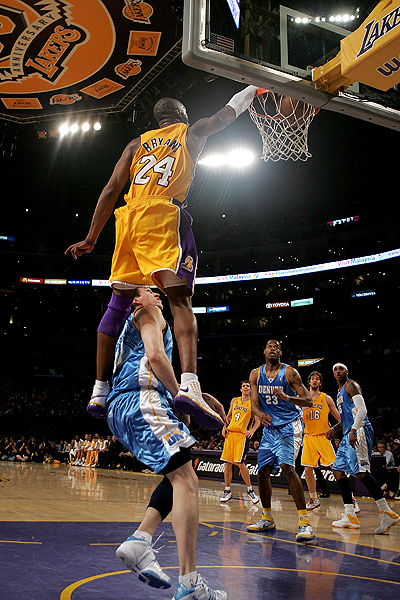 76ers 2, Detroit 1. Well, I’m assuming, as right now the Philly Phive are phinishing off the Phistons after a lackluster Game Phree. The key to this series is whether or not Detroit gives a shit. Since the Celtics finished them off in a March smackdown, they’ve coasted like Winston at the end of 1984: just waiting for the bullet to the head. They may end up ducking Boston by crapping out here. They’ve been pretty schizophrenic. In their one win, they had balanced scoring between Richard Hamilton, Tayshaun Prince, Sheed, and Antonio McDyess. In their losses one man is carrying the load (Wallace had 24 in Game One, Rip 23 in Game Three). ????? ???? McDyess broke his nose at the Wachovia Center which took him out; like the Pistons, he couldn’t stop the bleeding. My guess is he’ll borrow a mask from Hamilton for Game Four and tough it out.

Toronto on the whole though is a team just good enough to lose, and that’s what gonna happen every game in Orlando. It’s too bad, because their crisp-passing, in and out style is far more pleasing to the eye than watching Hedo Turkoglu launch a three only to have Dwight Howard catch it in mid-air and dunk it through the floor. ?????? ??? They’re heading back to the drawing board, and Orlando may improbably be heading to the Conference Finals, where we thought they would be in December and then concluded they had no chance of reaching by June.

Hornets 2, Dallas 1. The AP says tonight the Mavericks “limited” Chris Paul in victory. Paul had 16 points, 10 assists, and only one turnover. They simply can’t stop him . Once they realize this, they’ll be so much better off. The key to slowing the Hornets, if you lack Deron Williams, is to focus on shutting down Peja and David West. Tonight, the Mavs did just that, holding the Serb and the Musketeer to 10-32 from the floor. Considering they combined for 43 ppg in Games One and Two, that’s a start.
As far as the Mavericks are concerned, it’s looking like a sad, sad third act to Jason Kidd’s career, a man whose history will forever be altered by his shift to the Eastern Conference just as he peaked. Now he’s in the West, he’s on the downside, and he may as well be dead. Sure Dallas won by 10, but their PG managed all of 8 points and six shots. The last thing Nowitzki needs is more offensive pressure, and Dirk Diggler will have it with collapsing defenses sagging down low. He likes to penetrate from the three point line in, and that creates a tough situation for rebounds. Of his 19 boards tonight, only one was an offensive rip. Sure he can muscle his way to the free throw line, but how often? ????? ????? The Mavs window is all but closed; at least Dirk will get some sweet hash from Josh Howard to ease his pain. As for the Hornets, no one would be stunned if they snuck into the Finals, but I don’t think that will happen because…