It’s that time of year again.  The leaves are changing.  The wind has that crisp, cool feel in the morning.  Football is reestablishing itself as the premiere American sport.  And baseball playoffs have begun.  Per the usual, there are grumblings about the scheduling of the opening round of the Major League Baseball playoffs.

Imagine that you are baseball.  Not the commissioner, just a human embodiment of the sport itself.  You dominate the airwaves and sports talk shows with non-stop games since the Warriors upset the Mavs in Round 1 of the NBA Playoffs.  There are games every single day and five out of seven days a week, every single team is playing.  Regular season scheduling can take place whenver you want.  Day Game? Sure.  Night Game? Sure.  Doubleheader? Sure.  Games in April with the potential for snow in Boston, New York, and Cleveland? Sure.  West Coast game the day after playing on the East Coast in Sunday Night Baseball against your biggest rival? Sure.  You have no limits, no rules, no regulations when it comes to scheduling.

That’s why it is no surprise that when baseball sells its opening round of the playoffs, it gives the broadcaster full reign to schedule the games whenever they want.  Well, the broadcaster has very different goals than baseball or its fans.  Thus, conflict.  The broadcaster (this year it is TBS, but ESPN has been just as guilty if not more so of this kind of chicanery) wants to maximize revenue, particularly catering its big games to the big markets.  But beyond that, it wants to make sure that televisions are turned to TBS for the maximum amount of time.  The result is our incredibly stretched schedule, where everyone is scrambling home for the early games, while no one is watching the prime-time games.

What’s the big deal?  Here’s what a Philly (EDT) fan got for watching their team make the improbable comeback:

Congrats!  You don’t get a prime-time game unless the series goes to five games and don’t plan on sleeping much on Saturday or Sunday nights.

Well, Philly came out of nowhere.  How about an Angels fan (PDT), whose team led its division from wire-to-wire and was two games back from having the best record in baseball:

Hope your job isn’t that important.  And make sure to have the kids wearing Halo gear to church on Sunday in order to make first pitch.

Even the easiest series to schedule, Yankess versus Indians, where both teams are in the same time zone (EDT) got screwed:

If your 5pm commute is longer than an hour, doh.  And if you happen to work beyond 6pm, doh.

What is going on here?  Is there no big market that actually got a good schedule from TBS’s scheduling gods?

What kind of mecca to baseball, major television market gets this cushy schedule?  Maybe Atlanta, the home of TBS?  Maybe some New York, Boston, Chicago, or Los Angeles fan base that encompasses millions of fans and viewers?  This is the schedule for the Arizona Diamondbacks (PDT)!  Obviously, Game 4 stinks, but the rest of it is perfect.  Those are natural viewing times for baseball games.  Those are times when they would play games on a regular season week.

I can’t argue with baseball allowing the broadcaster to decide the scheduling for their playoff games.  However, they don’t have to give the entire keys to the sport over to them.  My suggestion would be to give scheduling power to the broadcaster with rules.  Here are my Baseball Playoff Scheduling Rules: 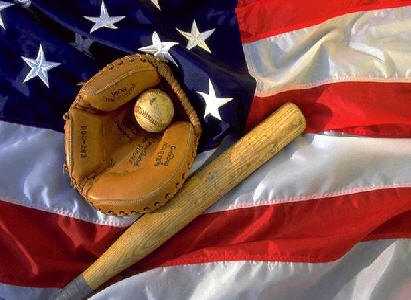 Rule 1:  Every team gets a primetime (6:30pm to 8:30pm) weekday start time OR a prime weekend slot (3pm to 8pm) in their home time zone during the first three games.  This ensures that every fan base gets to see their team at one time when they would have actually played during the regular season.

Rule 2: Games must start between 4pm to 8:30pm in the team’s home time zone on weekdays.  For weekends, the start times may be expanded from 1pm to 8:30pm.  While the rule 1 times are preferred, these times are what I consider acceptable range of times.  The fact that the Arizona Game 4 is scheduled to start at 10am on a Sunday should be embarrassing to the league.

Rule 3:  If Rule 2 is broken, the following game must comply with Rule 1 for the time zone that got screwed by the first game.  Obviously, in order to have one network show all the games, some of these rules must be broken.  However, this prevents one team from getting completely crapped on.

Rule 4:  Under no circumstances should a deciding game of a series be started at any time other than between 5pm to 8:30pm on Sunday to Thursday night.  No day games.  No Friday or Saturday night stuff.  No deciding between football and baseball playoffs (unless it’s the Sunday night game and, quite frankly, who wants to watch another boring NFC matchup)

(After two weeks of truly original lists from the recent Video Game Draft; Blitz plans to resume his top teams list next week)