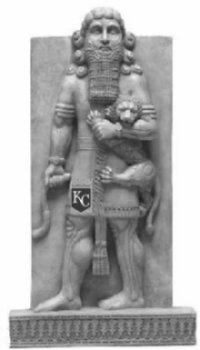 What follows is a painstaking translation of this important, if highly, highly, dubious document, broken into small installments for accessibility and, well, it’s really long. ?????? ??? ???????? Check back each Tuesday as Nerds on Sports brings you additional pieces of this most important scholarship.

He who has seen everything, I will make known to the lands.
I will teach about him who experienced all things…

Dayton granted him the totality of fifty-five mil.
He left the Safeco, discovered the Kauffman,
he brought information of the time before the Glass.
He went on a distant journey, pushing himself to Seattle,
and then was brought to Kansas City.

He worked on a spring diamond all of his mechanics,
and played the double A New-Haven,
a stop of the lengthy minors travel, the not-so-holy sanctuary.
Look at its wall which gleams like padding,
inspect its dugout wall, the likes of which no one should equal (it’s New Haven for crying out loud)!

Go up on the wall of Safeco and walk around,
examine its foundation, inspect its brickwork thoroughly.
Is not even the core of the brick structure made of kiln-fired brick,
and did not the insurance company itself lay out a bunch of dough for the naming rights?

One league Rookie, one league Pacific Coast, one league Northwest; the open area of the Big League Temple,
three leagues, then the open future of a four-pitch hurler encroaches.

Find the copper tablet box,
open the clasp of its lock of bronze,
undo the fastening of its secret opening.
Take and read out from the Sportsline player tablet
how Gil Meche went through every hardship.

(This is a project I’m going to be undertaking with my Tuesday posts. I know I’m not the first to play on the name, and I have read The Great American Novel

but I have yet to find anyone trying to work the KC ‘ace’ into ancient Sumerian/Akkadian legend. For the translation of the original which I will be completely ripping off, via Wikisource, head here.)