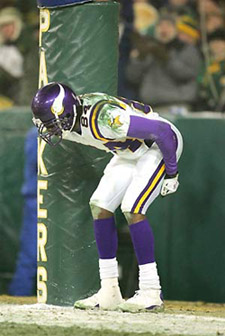 My original idea for a post was to make another All-Name team for the NFL Draft, but it’s been done. So I was looking at other things that happened during the draft when I find out that the New England Patriots traded for Randy Moss. I don’t know much about Moss other than he’s a pain in the ass and a good wide receiver. So I’m doing some research when a song idea comes to mind. So I will share the results of my research with you — through song.