So the baseball winter meetings are happening right now. There are rumors flying through the air like monkeys from the boobs of a sorceress (Tin Man reference). ???? ???? ??? ??? ???? Rumors about Santana going everywhere — From Boston to Los Angeles or somewhere in New York to playing on the Canadian curling team. Baseball rumors are crazy right now. 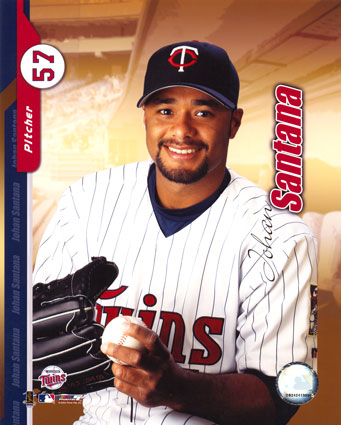 Now that we’re past the gay stuff, on to the trades and rumors. END_OF_DOCUMENT_TOKEN_TO_BE_REPLACED

Apparently, King Felix has a new pitching coach: the internet. I declare this awesome and think that it opens new doors for baseball and sports in general. ??????? If a blogger can say “he needs to vary his pitch selection” and said Felix a) varies his pitch selection AND b) credits the blogger for the idea, two truths emerge:

If bloggers are the new dictators of baseball policies, I’d like to make one subtle suggestion. Bruce Bochy, if you’re reading this, SIT BONDS. SIT HIM. DO NOT LET HIM PLAY ANYMORE. HE IS A FILTHY CHEATER. Or, in the alternative, BARRY, RETIRE TODAY AND HELP US ALL ESCAPE FROM THIS ASTERISK-FUELED MEDIA SHITSTORM. ????? ?????? That is all.

END_OF_DOCUMENT_TOKEN_TO_BE_REPLACED

The Three Gentlemen from Durham

DURHAM, N.C. (AP) — A judge said he would suspend District Attorney Mike Nifong on Tuesday after learning that the prosecutor disbarred for his handling of the Duke lacrosse rape case intended to stay in office for another month.

Earlier in the day, Duke University announced it had reached an undisclosed financial settlement with the three former lacrosse players falsely accused of rape last year.

Nifong, who was disbarred Saturday for breaking more than two dozen rules of professional conduct in his handling of the case, said in a letter released Monday that he would leave office July 13. ????? ????? ?? bet365 His departure date wasn’t soon enough for Hudson, who decided to suspend Nifong from office.

It’s been clear to anyone who’s been following the case of the three Duke lacrosse players accused of rape – Reade Seligmann, Collin Finnerty and David Evans – that the case has been mishandled from the beginning. Even if the case against the three students was airtight, it’s improper for a District Attorney to go on a national news program and call the defendants “a bunch of hooligans [whose] daddies could buy them expensive lawyers”.

But as more information came out, the hollowness of Nifong’s case became more obvious. The accuser told vastly different stories to hospital personnel and to police. She picked her assailants not out of a lineup but out of a stack of photos of the entire lacrosse team – a process guaranteed to nab a white defendant, but not the guilty party. There was little to no medical evidence of rape, and no DNA evidence connecting any of the three men. And on 60 Minutes, the other dancer who’d been performing with the accuser that night, Kim Roberts, said she hadn’t left the accuser alone long enough for an assault to have occurred.

(To be fair, Ed Bradley’s interview with Roberts suggests that the boys were hardly gentlemen – they were drunk, rowdy, and grew irate when they felt the women stopped dancing too early. Other witnesses claimed to hear the boys yelling racial epithets at the women after they left. But none of this lends credence to a rape charge)

Now, more than a year later, all charges have been dropped and the Attorney General of North Carolina has declared the three boys “innocent.” Mike Nifong has stepped down as D.A. and, as of Tuesday morning, has been more or less fired.

So has justice finally been done? Not quite.
END_OF_DOCUMENT_TOKEN_TO_BE_REPLACED