[Business Day One] Stacks and Stacks of Letters!

I’ve got an awful lot of mail to get to and precious little time to get to it in.  But before I jump into the Nerds On Sports mailbag, I have to get something off my chest.

I’ve followed the New York Giants since I was a wee lad.  I saw one of the most stifling defenses of the past thirty years win two Super Bowls before I was ten years old.  Since my tenth birthday,

though, they haven’t given me much to cheer about.  When I was 12, they released Phil Simms (who everyone in Jersey loved like a dear cousin) to make way for Dave Brown and Lawrence Taylor snorted his way out of football.  Dave Brown then left so Danny “The Blind Gunslinger” Kannell could wreck my teenage years.  Then Kent Graham came in and began firing 80 yard missiles that would often hurt the hands of the defenders that intercepted them.  Kerry Collins, still fighting off that perpetual hangover he was in for most of the 90s, dragged the Giants into the 21st Century.  There was a bright spot, though.  They did make it to Super Bowl XXXV, during which the Baltimore Ravens reminded me what a stifling defense can do in the postseason.  And then came Kurt Warner and Eli Manning a couple of unmemorable years later.

All the while I watched them intently.  I would change the channel in disgust after every red zone interception that Graham threw, or every time Coach Jim Fassel would yell “Are you trying to get me fired?” at his players, but I’d always change it back.  Every hope I ever had regarding the (perhaps “my”) Giants were dashed as soon after they formed.  I hoped that the star tight end they drafted in 2002 wouldn’t end up being a racist moron.  I hoped that one of the finest running backs in franchise history would keep his mouth shut.  I hoped that Giants Stadium would eventually stop smelling like urine.  My hope was always rewarded with crushing disappointment.  My afternoons watching them play fair defense and awful offense for a decade felt like dreadful wastes of my time.  Emotionally, I drifted from the team I always followed.

And then I moved to Boston in 2000, home of the Patriots (well, Foxboro, but who’s counting).  There was an articulate and well-mannered quarterback at the helm, a coach that studied under The Grand Tuna, and a fanbase just as rabid and proud as the Giants’.  It felt good to watch their games.  I was never upset, even in the losses.  It was a joy to see them play, which is a feeling I hadn’t felt watching football since the night my dad tossed me up in the air as Longwell’s kick went wide.  I felt like a fan again…

And then the Giants had to beat the Buccaneers, Cowboys and Packers on the road, as the underdogs, in three straight weeks.  They played inspired defense, the twangy and infuriating Eli Manning didn’t make mistakes, and they are now in the Super Bowl against the New England Patriots.  Last night, as I went to bed, I actually asked myself why the Gods of Sport found it necessary to punish me in such a way.  What the heck am I supposed to do now?

I don’t have an answer.  But I do have answers to other questions, which is why I’m very blessed to have a stuffed mailbag in front of me.  Let’s jump in, eh?

Dan (Somerville, MA) – Why can you never get decent beer at any professional sports arena?

-Simply put, because they don’t need to sell good beer to get you to pay eight bucks for it. END_OF_DOCUMENT_TOKEN_TO_BE_REPLACED

Yes it’s a Thursday (business day four, if you’re counting), but I have reader mail to get to.  And darn it, I’m going to get to it.  It’s either that or sit here nervously thinking about the Boston College/Virginia Tech game tonight.  I’ve made my choice.  Reap the benefits, world.

Kim (Quincy, MA) – How can I love [Manny Ramirez] when he’s such a douchebag all the time?

–You have a choice, sports fans.  You can either get by on hearing the same emotionless “toe the company line” post-loss interview trash you always hear (“we’re just taking it one game at a time,” “we didn’t execute tonight,” “this is a setback, but we’ll show up to play tomorrow”) or you can hear what someone actually wants to say.  Which would you prefer?  END_OF_DOCUMENT_TOKEN_TO_BE_REPLACED

The NerdsOnSports Mailbag: Fun With a PR Agent

Part of the fun of blogging is opening your material up to the world and seeing what the world makes of it. Actually, I suppose that’s all the fun of blogging, unless you’re in that .0001% who are making money off this type of thing. So, like pretty much any editor of any neophyte blog, I get somewhat excited when e-mail from complete strangers arrives in our inbox. The other day, we got a message from a major media outlet, KTVT in Dallas: 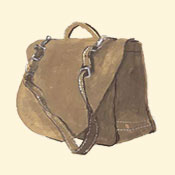 Saw that you picked up the story of our interview with Tom Hicks where he talked
about Juando and steroids. If you want to see that part of the original
interview, it’s online at http://cbs11tv.com/video/?id=19196@ktvt.dayport.com .

Ok, so I suppose that’s not that exciting; he’s just monitoring incoming links. But then this comes in, and this is what makes internet life worth living:

(oh, come on, you know you have to click through.) END_OF_DOCUMENT_TOKEN_TO_BE_REPLACED