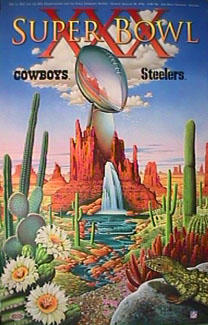 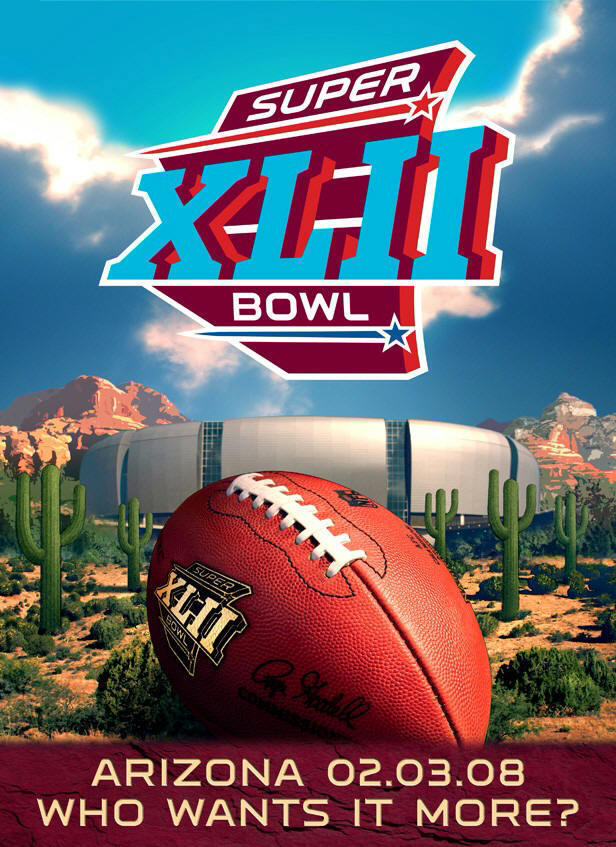 So this morning I woke up much too early and headed east. When I stopped heading east, the bright men and women of MIT administered an MRI. (They were measuring the amount of beeswax I had related to other peoples’, and the results, well…) As I lay immobilized in the sterile tubes, with thunderous, deep knocks rattling around the walls, I began to think about the coming week, and of Super Bowls past; anything to get the solid thumping out of my brain. What was the last Super Bowl played in Arizona? I counted backwards, year, teams and score, until I settled on it. ??????? Suddenly a lightning bolt flashed and fried through my synapses–the last Super Bowl in Arizona was this one.

team, perhaps put over the top by the offseason acquisition of occasionally troublesome but impossibly productive Deion Sanders as shutdown corner. (Remind you of anyone?) They blew a huge chance to win on the road in the previous year’s NFC Championship Game, putting themselves in a 21 point hole to the hated rival 49ers. They entered the Super Bowl as 13 1/2 point favorites; this had nothing to do with the opposition but just the level of respect to the approaching Team of the Decade.

And who would be on the other end of this whomping? ?? ???? ??????? A perennial AFC underachiever looking to return to the glory days of twenty years past. ???? ?????? The Pittsburgh Steelers under Bill Cowher had averaged 11 wins per year in his first four season but consistently screwed up in the playoffs. In 1992, a young team had been thumped in an “upset” at home by the mighty Buffalo Bills. No biggie. But by 1994, when an underdog Chargers team snuck into Three Rivers Stadium and snapped Terrible Towels off of Pittsburgh’s collective rear, grumbling began to surface along the Allegheny. The Steeler QB,

Neil O’Donnell, was a likable enough fellow, but he was still regarded as a tad too shaky to be a big-timer. (Again, remind you of anyone?) They struggled early in ’95, with just three wins after seven games. Their solid offense and stingy defense took turns winning games over the course of the next eight in a row, holding the Browns to 3 points one week, piling on 49 in Cincinnati the next. They won their two playoff games and finally looked to get the mini-monkey off of their collective backs.

They would have, too, if not for Larry Brown being the best Steeler receiver that day, intercepting two O’Donnell ducks lobbed more or less at him. Now, this fable doesn’t match up point for point

with the Pats and the Giants, but it’s a darned similar story. And to me, it’s one of the more interesting stories in Glendale, enough to keep me going as we reach the dreaded dead zone of Super Bowl week in the desert. Serpico’s got some other interesting thoughts kicking around; you’ll hear from him later tomorrow. (He’s been bragging about catching the same flu as the G-Men.) Happy Wednesday; four days til kickoff.