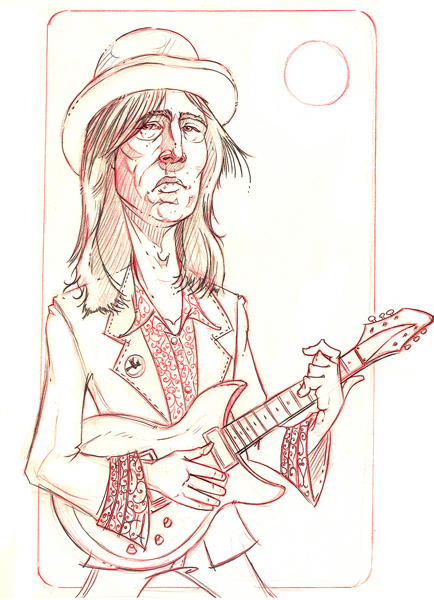 Something is rankling me; please provide feedback. Oh, and before you start, yes, I’m well aware much of the following ultimately matters little. But it matters enough.

The Super Bowl has for forty-plus years been the pinnacle of our American pastime (sorry baseball). It’s an amalgamation of three different types of excess: swarming media coverage, with its all hours access and day-long pregame shows; football mania’s heroes and villains being built up and torn down in a single instant (plus the lore which brings back the MVPs and Hall of Famers to observe the current championship); and entertainment, be it from the glut of television commercials some find more interesting than the game itself and the opulent, insane halftime shows.

So here’s my issue and my question. It’s only two words. Tom Petty?

Don’t get me wrong, I’m a fan. Enjoy the Heartbreakers, try not to recoil in horror when looking at him dead-on, put “You Don’t Know How It Feels” on a list of my favorite songs of the 90s…I’m in no way sipping Petty Haterade. (Editor’s note: There is no such thing as Petty Haterade.) But regardless of that, his selection as the NFL’s halftime entertainment at the Super Bowl strikes me as incredibly odd. Since the near fatal accident in 2004, where millions of TV viewers were briefly subjected to the horror of seeing a

woman’s areola and nipple (a chaotic, frightening incident which occurs to only 72% of Americans on a daily basis), the NFL has shifted to more family friendly acts to play at halftime. In 2005, Paul McCartney entertained millions, followed by the Rolling Stones a year later. Last year Prince strummed his way through a soggy, rain-soaked concert in Miami. At this point I was looking to make another subtle reference to the less than kid-friendly past of a rock artist, but I couldn’t. Everything Prince did, does, or will do is coated in a thin translucent sex mist. So what the hell, NFL, what the hell? Tom Petty is slightly more “clean” than the above acts, and to be fair, I’m reaching on McCartney, who couldn’t be more inoffensive if he were wrapped in sweaters. Of course, some may think that his inoffensiveness is in its own way offensive.

Why Petty, though? He has certainly had a long and distinguished career as a rocker, but he doesn’t rate. McCartney and the Rolling Stones represent the pinnacle of pop music; they are rock royalty and have been so for thirty years. Prince is one of the most talented musicians of the second half of the 20th century and without a doubt has contributed greatly to the culture of rock music in everything from his fluid sexuality to his battles with major record labels to, yes,

Anyway, the thing that rankles me the most is that Petty isn’t even left to his own devices this Sunday. ??? ???? ???????? An eclecticly bizarre list of performers are apparently performing with him or alongside him on Sunday, including Kylie Minogue, Akon, Paula Abdul, and Soulja Boy. It’s safe to say that Tom Petty has never heard the music of these artists, nor they him. The Ed Sullivan Show used to market everything to everyone for an hour a week in the 1960s. That was 40 years ago. This collaboration would be, and will, be awful.

Additionally, Jordin Sparks is singing the National Anthem. According to my Google search, she is one of the recent winners of American Idol. Now certainly Idol is a significant part of our entertainment culture, for better or worse. But generally the

biggest recording artists in America (women normally) get the anthem gig: Mariah Carey, Beyonce, Jewel, Aretha Franklin–hell, Whitney Houston turned the Star Spangled Banner into a top 20 hit (top 10 in a rerelease after September 11), and she lip-synched it. There’s something disconcerting about a FOX reality show winner handling the anthem gig on a FOX telecast. I guess at least Soulja Boy isn’t taking it over.

So what’s the alternative? There are two easy ones in my mind. First, if you want to make sure that people watch and have something to talk about that doesn’t have to do with the game, FOX and the NFL should have been very smart. They should have backed up a truck to the residences of Robert Plant, Jimmy Page, John Paul Jones, and Jason Bonham, and told them to name their charity and name their price. A

Zeppelin reunion, so wonderfully realized in London in November, would potentially be a bigger story than the game itself. Failing that (and failing Bruce Springsteen, who can still pull them in), the League wouldn’t have had to work too hard to find an act bringing in the young that the average adult male over 40 may actually have heard of. This probably bumps off The Killers, who, in retrospect, might have provided the most depressing halftime show since U2 played in front of a backdrop of the 9/11 dead and missing. But how about The Red Hot Chili Peppers? The White Stripes? Anyone?

Unfortunately, no amount of argument would have convinced anyone to put Kanye on stage. That wouldn’t necessarily be Must See TV, but it sure as hell would be Must Not Turn Away. If only Roger Goodell cared about black people.