So, if you haven’t noticed by now, I am scheduled to post on Wednesdays. Of course, I usually put off the bulk of the writing until I get home from work on Wednesday so the article doesn’t get posted until midnight. But even then I still feel I meet my self-imposed deadline. This week was no different, I started doing some research for my article after work yesterday (Wednesday). ?????? ???? ??????? 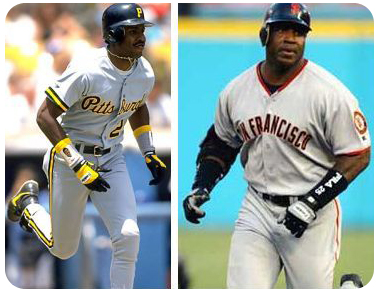 Well, I gave up and went to bed. Hoping that I could come up with something else for today. Thankfully, the United States attorney’s office for the Northern District of California made my choice for a story easy. Mr. Barry* Bonds* has been indicted on charges of perjury and obstruction of justice. And if Scott Boras had his way, he’s also be charged with taking the baseball sportlight away from A-Rod/Yankees soap opera. Now the guy who thinks he’s going to be rich with the Barry* Bonds* last home run ball, has what is equivalent to junk bonds. (you see what I did there? Barry Bonds != Financial Bonds) 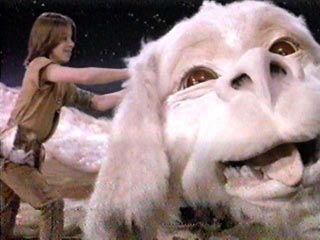 This case is going to talk about Barry’s* relations with BALCO (Bay Area Laboratory Co-Operative), who have been known to give out the delicious steroids. I am going to continue to think that Balco is the luck dragon from The NeverEnding Story. Which works in my imagination because a giant pink flying dog is probably an escapee from the Mike Vick steroid-filled school of dog breeding & fighting. And that Dog is a perfect choice to hang out with Barry: Barry is the loner weird kid with the just barely understandable high pitched voice just like Atreyu. I wonder what compares to losing a horse in the swamp for Barry?

*Of note, I’m a filthy thief, and I stole the lovely Skinny Barry / Fat Barry picture from the BabesLoveBaseball.