Every single summer, without fail, I get completely surprised by the All-Star Break. As with all things I dislike in the world, I blame the media. For the first two months of the season, whenever a sports commentator talks about a team’s momentum or a player’s hitting slump, they always attach the “but it’s still early” rider on the end. Then, for two weeks, sports analysts don’t make reference to how far into the season we are and we as fans just sort of forget. And all of a sudden, we start hearing “coming into the All-Star Break.” What?!?!?! Already?!!?! But the season was still young two weeks ago?

I think this fact is especially painful for me this year because the Yankees are ten games out of first place and one game under .500 at the halfway point of the season. My hopes for the Yanks changed early in the season, when their rotation fell apart and the Red Sox grew a tremendous lead. Instead of the standard “I hope the Yanks win the AL East by five or six and get their pitching rotation in order for the Divisional Series,” I’m sporting a “I hope the Yanks finish the season healthy, don’t make any silly trades and get Karstens and Hughes some good outings in preparation for next season.” I’m still a fan. I’d be a fan if the Yankees burned my house down. But I’m not going to try to fool myself into saying they’re going to march back. I’m rooting for them to win every night so I can watch SportsCenter and get a good night’s sleep. I’m rooting for good starting pitching, durable relief and timely hitting. I’m rooting for the Wild Card. But I can’t torture myself too much over that double-digit lead.

I think that’s what the All-Star Break is – a reality check. If your slugger isn’t slugging and your ace isn’t dominant in May, you can make the “plenty of time” argument. But when the same thing is happening in July, there’s only so much justifying you can do without seeming like an uninformed homer. The season’s half over. In terms of games played, it’s more than half over. If your team is floating below an even record and your pitching staff is in shambles, it’s most likely not going to get better.

Keeping that in mind, there are a few observations that I’ve made with about 85 games of evidence at my back. As such, here is Business Day One’s Obvious All-Star Break Observations That Still Bear Mentioning:

–Barry Bonds is going to break Hank Aaron’s home run record. He’s got 76 games to hit five dingers. It’s going to happen. So we need to make our reluctant peace with it.

–The Yankees are not winning the AL East. They don’t have the arms and their hitting is too inconsistent against quality pitching.

–Detroit and Cleveland are going to fight it out for the rest of the season. Whoever doesn’t win the AL Central is taking the Wild Card. They’re two of the three best teams in the American League. 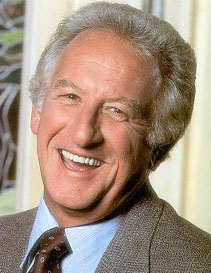 –Milwaukee is, apparently, a good team. I am waiting on a collapse that’s just not going to happen. Listen to Bob Uecker call a game. He seems to be in heaven.

–Todd Helton’s not Todd Helton anymore. He’s not aging well. That said, he’s still batting over .300 and has slugged 8 more homers this season than I ever have in my life. Just don’t pick him in the first 4 rounds anymore.

When your team is riding high in the saddle, All-Star Week is like vacation. You smile all the time, bask in 85 games worth of success, and watch the Home Run Derby as if it was a hula contest aboard the Lido Deck. When your team is, say, ten games out, All-Star Week is like a corporate audit. You’re upset because of all the mistakes made, lament how many runners in scoring position have been left on base, and refuse to watch the Derby because your team passed on half a dozen of those guys in the draft. Regardless of what team you’re pulling for, try to enjoy the Break. You can have a good time and know that your guys are getting rested for their second half push, or you can take a few minutes to perfect your “seriously, next year is going to be amazing” argument.