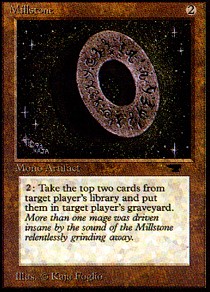 If a player has been in the league for less than four tenured years and enters free agency, he becomes a restricted free agent. He can sign an “Offer Sheet” with another team and his current one has seven days to make the identical offer. If the current team does, the player stays. If it doesn’t, the player walks and now-former team is compensated with draft picks. A poison pill is a condition in the Offer Sheet that would make it either very difficult or financially impossible for the current team to match.

In the spring before the 2006-2007 season, the Minnesota Vikings acquired Steve Hutchinson, a restricted offensive lineman from Seattle. They included a poison pill in the Offer Sheet (which allowed the acquisition to happen) stating that if Hutchinson was not the highest paid player on the line, his entire $49 million salary would become guaranteed. Because the Seahawks had a big guy that was higher paid, matching it would lock them into a monstrous multi-year contract that would cripple them salary cap-wise if Hutchinson got hurt. Teams hate paying out dead money.

Brilliant? Absolutely. Cruel and unfair? Undoubtedly. Breeds glorious contempt? Assuredly. When the ‘Hawks acquired wide-out Nate Burleson from those same Vikings, they fed Minnesota a poison pill that tasted just like sweet revenge. According to the Offer Sheet, if Burleson played more than five games in the state of Minnesota during any season during the contract, the entirety of HIS $49 million contract would become guaranteed. Ouch.

So a poison pill does have a cost – it creates a lot of bad blood. But, if you’re a fast-and-loose gunslinger of a team owner, you might not care. In fact, you may love putting the screws to other franchises as much as I love watching it happen. 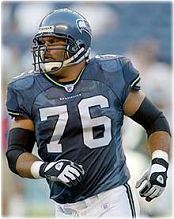 As such, I have a couple of good (and ready to use) poison pill templates. Just cut and paste one of these petty, deliberate blurbs into a contract and you too can be destroying relationships with other owners.

It’s dirty business that can exist in a intelligently crafted system. I’m not saying there should be any laws put on the books to regulate this, since owners will be regulating this mafia-style on their own. But I am saying that I hope it doesn’t get out of control. I can’t stand exploits.