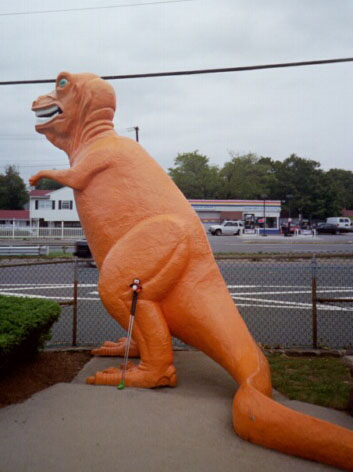 Golf is the businessman’s game of choice, because you can relax, drink heavily, and have conversation while still playing and not get sweaty. ?????? ??? At least that’s my guess, for I am no businessman. So I will let Tiger Woods and the businesspeoples of the world have their golf because I get my golf delivered in other forms,

For my next crazy golf event, I give you: Underwater Golf.

The rules are pretty much the same as for regular golf. Whoever gets the ball in the hole first wins the match, but players were judged on how long it took them to complete the hole rather than the number of strokes taken. ??? ????? ?? ???????? Throw annoying fish, water currents, man-eating piranhas, and other obstacles and you have some exciting golf. Sadly, from what I can tell, this only happens in Asia. I did see this strange adaptation mentioned in the BCGolfNews: Golf Clubs for Seniors review, with some detectable jest. Can you blame them? It is quite comical after all.

Another way I get my golf fix is through the world of portable software or video games. Now video game golf comes in many many different flavors. From Outlaw Golf where you must fight to Wii Sports Golf where you swing the controller around. ???? ??? ????? Here are golfing related video games that I have played or heard about recently:

For ten years you’ve trained to be a Ninja. And now your Master tells you that it’s time to take the final, most difficult test and become a Master Ninja. You must complete the game of death. You must play nine holes of… Ninja Golf

You knew your Master was a bit weird, but nothing prepared you for this! You must attempt to sneak in a birdie between karate kicks while you battle Ninja opponents, and that’s why this is a popular game since everyone is into martial arts and fighting now a days, and you can even find MMA For Kids classes if the young ones are interested. Par for this course means leaving the green littered with fallen foes.
You gain points for both your golf game and defeating attacking Ninja. You can also earn points for finding treasures and other bonus items along the course.

Once you’ve completed all nine holes successfully, be ready to challenge the disguised Master Ninja. This final battle will determine whether or not you become a Master Ninja. And if you win, it will improve your golf score.

If you want to try some Ninja Golf, it has been remade as a flash game.

The word ‘fore’ is Scottish in origin, and is a shortened version of the word ‘before’ or ‘afore.’ The old Scottish warning, essentially meaning “look out’
OR
‘Fore’ logically stems from the Middle English meaning of fore as ‘ahead’ or ‘front’, as in foreman, foremost, etc., or more particularly ‘too far forward’ in the case of an overhit ball. Sources suggest the golf term was in use by the late 1870’s. The use of the ‘fore’ prefix in the context of a warning or pre-emptive action was established long ago in similar senses: forewarn, foretell, forestall, and foresee, etc., (foresee actually dates back to the 1200’s).

That’s it for my Golf Talk. I just figured there wasn’t enough love for golf around here. You can now return to your regularly scheduled baseball/football.

*There’s always a windmill
**Mini golf holes are usually lined with cobblestones, lots of times they are set at right angles
***Dracula in the Castlevania series of games always seems to have the craziest home security systems. Like giant saw-blades on the roof. He really should have invested instead in some good locking doors.