You know what’s great about baseball (and other sports) based commercials? They’re not all the same. ???? ???? ??????? Have you seen one of the 2 different car commercials? 888 casino arab You’ve basically seen them all — they either swanky look at our luxury or sporty look at how awesome this car is – it can drive on a train. With commercials that have a sporty focus, they can head to the humor zone. And with that comes tons of potential stories and, therefore, memorable and maybe even enjoyable commercials. ????? ?????? ??? ????????

Check out this ad for SportsCenter where a Pittsburgh Pirate Andrew McCutchen leads a merry band of pirate mascots on an office raid:

Another way the commercials can go, is sentimental and remember when you played the sport as a kid:

After you’re done crying, I think you’ll agree that we need to go find some auto maker ad firms and take those people outside and show them what they’re missing. 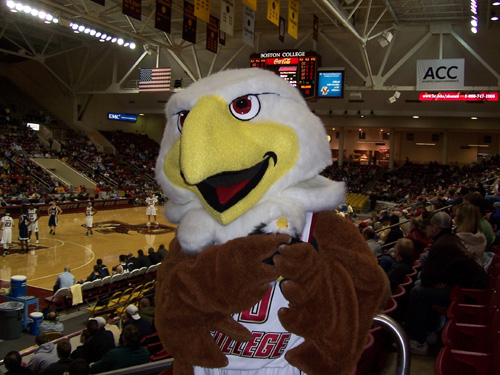 I didn’t gain any recognition for what I did, but everyone got to see me (sometimes even on TV). ?????????? ????? I had to work at random hours. I was punched by kids of all ages, but I also got my picture taken with even more kids. I did get to wear cool credentials that gave me access to the secret underground tunnels. Sometimes there was even some free food. I had to ride in a bus with either the cheerleaders or the band. It was my choice, but how do you make that choice? On one hand, you have some decent looking women who are completely vapid and only want to talk about which members of the football team they’ve slept with. On the other hand, you have a group who barely dates outside the group and have limited social skills. (I usually went with the band — a nerd really can’t fault someone too much for their social skills.)

I was Baldwin, The Boston College eagle. END_OF_DOCUMENT_TOKEN_TO_BE_REPLACED