It’s Christmastime in my neck of the woods, and that means it’s the season for giftgiving and merrymaking. Since I am in a giving mood, I’ve decided to curl up by the hot-stove fire and share with you my one Christmas wish for the 2007 season. Without further ado: 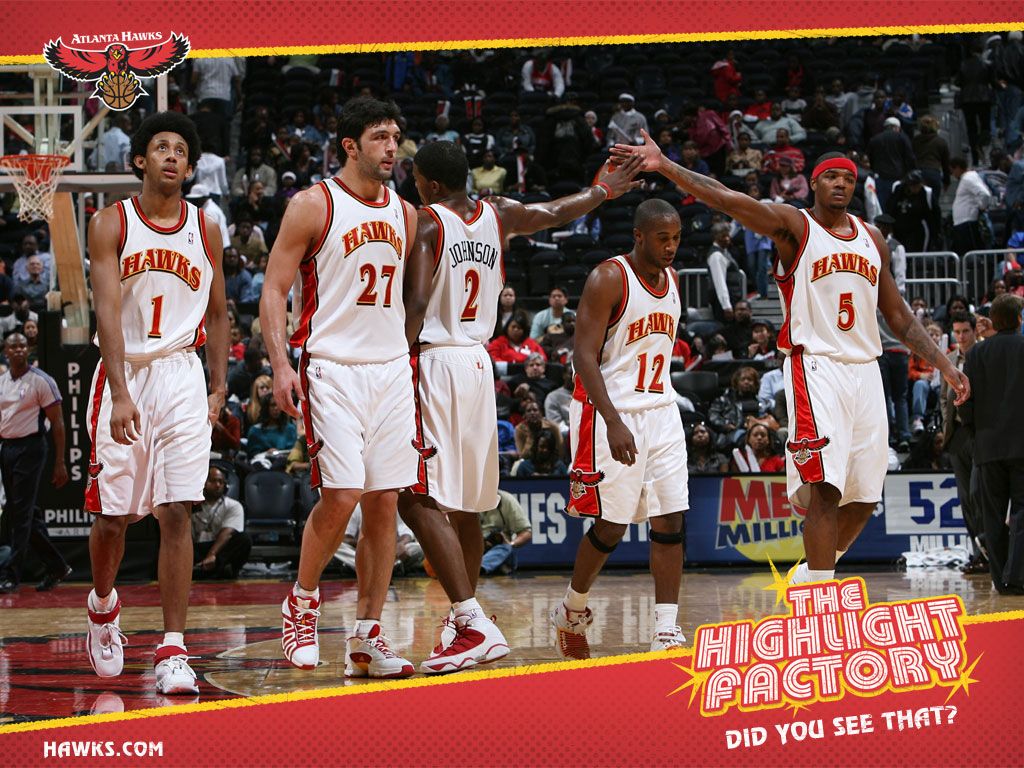 It’s for the Atlanta Hawks, and it’s a good basketball team. Poor Atlanta. Their baseball team is no longer the juggernaut it once was in the days of My So Called Life and Democratic Party competence. Their football team apparently folded at the completion of last season. Their hockey team isn’t important enough for me to even look up to make a joke (I know they are the Thrashers and that one should not joke about cars in regards to them). And the Atlanta Hawks, oh dearie me, the Hawks are 14-12, bolstered by their decent 9-6 home record. Oh, but it is often a cruel and disappointingly temperate winter in Peachland, and the Hawks have never so much as reached a conference final in their history. In 1969, they lost to the Lakers in the Western Division Final, but “Western Division Final” should give you a good idea as to how friggin’ long ago that was. It may be said that the Hawks have never had a season for fans to discuss with great pride; the ’94 campaign boasted 57 wins and an embarrassing second round flameout against the young Indiana Pacers.

To me Atlanta has boasted an inordinate amount of likable players over the years; I think of Doc Rivers, Dominique Wilkins, Mookie Blaylock, Stacy Augmon, 58 year old Kevin Willis, and the vexing stopovers of Shareef Abdul-Rahim, JR Rider, and Antoine Walker. Even their coach, the reserved and decent Lenny Wilkens, was a Providence College alum, instantly making him my beloved family. (He’s the winningest and losingest coach in NBA history, if you remember. You probably don’t.) To see this franchise year-in and year-out take up 25 seconds of highlight time 43 minutes into Sportscenter saddens me, if only because they deserve something for not moving by now. Flash forward to this year, with Joe Johnson, the Joshes (Smith and Childress), and Marvin Williams running the show, with rookie duo Al Horford and Acie Law IV providing a glimpse of the future. Under the totally anonymous leadership of Mike Woodson, the Hawks could very feasibly make the playoffs this season, ending a NBA-leading eight year drought. Who wouldn’t root for the Hawks?

Have a Merry Christmas, or don’t. Either way, take Tuesday off.