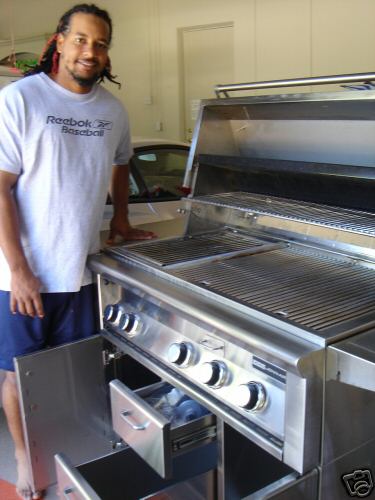 Manny Ramirez is just a regular dude who likes to buy $4000 grills and cook up a few burgers and dogs. But it turns out that Manny is too busy hitting homeruns and taking leaks in the green monster to use his grill more than once. ????? ??? ???? ????? So, we cut to Tuesday, when Manny decided to sell his grill on eBay (along with an autographed ball, because he’s Manny being Manny, and what the hell). Cool, someone gets a grill and a ball and Manny has room for another car in the garage.