Week 17 is over and the playoff picture is now in place.  As crazy as this season was, this final week was (fortunately or unfortunately) the most predictable and least surprising.  Come, walk with me:

-The Jets lost, as expected, as did the Jaguars, meaning the Patriots missed the playoffs as expected.

-The Gods of Sport gave the Chargers their win to make up for the ballyhooed missed call in Week 2.

-The Eagles stomped the Cowboys, forcing them to miss the playoffs and setting up what will be a hilarious offseason in Dallas.  As expected… and prayed for by me.

I know plenty of people smarter than me, and more prescient, but I saw this all coming.  And I think you all did too.  Even in a bizarre season, where Favre is in New York and Peyton stunk for two months and Tom Brady can’t walk, fate tends to work itself all out.  And now here we are, with the start of a boring playoffs about to begin.  A playoffs where the favorites (Giants and Titans) are ball-controlling, power running teams that don’t commit turnovers and keep plays in front of them on defense.  Sure, we have Atlanta and Baltmore in the playoffs behind rookie quarterbacks, and that’s all well and good (Ryan for Heisman!).  But these playoffs will be what we think they’ll be.

Also, Eric Mangini is being fired right now.  The surprise is that Rod Marinelli was fired from Detroit too.  What a world we live in where I thought Rowdy Rod’s job (as coach of an 0-16 team) was safer than the Man Genius’s.  Meh.  At least there was one surprise this weekend.

[Business Day One] In The Bleak Midwinter

I read Bill Simmons, more to be entertained than informed.  But he made me think the other day, when he wrote about Brett Favre:

Who’s more likely to be affected by bone-chilling temperatures — a young QB with little wear and tear on his body, or an old QB who has started 270 consecutive games, battled an addiction to painkillers and probably takes 15 minutes to get out of bed every morning? Wouldn’t it be the old guy? Think of it this way: A family gets together for the holidays in Buffalo. There are three brothers in the family (ages 27, 35 and 38), two sisters, a mom, a dad and a grandfather. One morning, Buffalo gets crushed by a blizzard and somebody has to shovel the driveway in minus-4-degree weather for two hours. Which family member gets bundled up and goes out there? The youngest brother. Why? BECAUSE HE’S 27!!!!!!!!! He’s the youngest, healthiest one! ???? ??? 21 Is there any chance the 38-year-old guy goes out there? No! Why? BECAUSE HE’S 38!!!!

Makes too much sense, right?  I watched the game with that in mind, and was in no way surprised when the old man threw for two interceptions and couldn’t find his checkdown receivers under pressure.  He’s pushing 40 and running around on a frozen field in the Pacific Northwest.  What did you think would happen?

This got me thinking about football, and how it is the most variable sport in terms of weather.  At least in terms of the American sports.  Basketball and hockey are played indoors in climate controlled environs.  Yes, some arenas are warmer than others and that affects ice conditions and the grip on the basketball and all.  But still, you know the court is getting a wipedown every ten seconds and the ice is resurfaced between periods.  In baseball, if the weather is bad the game is called.  Yes, sometimes there’s rain, and it changes the complexion of the game.  But fans complain when it’s more than a drizzle, and bemoan the slip-and-slide version of America’s Passtime as “not real baseball. ???? ????? ?????

Yet in football, games are played when temperatures range from 5 degrees up to 90.  In driving rain.  In ice, sweltering heat, wind storms.  It took an Act of God to get football to stop in New Orleans for a season, for goodness sake.  And only because the stadium was destroyed.  The Patriots/Cardinals tilt in Foxboro yesterday was technically as much of a football game as all the ones played in the Arizona desert.  Yet the Cardinals couldn’t actually play.  What they did against the Pats wasn’t football.  But I don’t hear any complaints.  It’s just part of the game, really.  The sheer variability of conditions. ????? ??????   And in that regard, football is the most unique of all sports.  Just imagine baseball being played in an irregularly shaped rock quarry for two weeks out of the year.  Or basketball hoops increased by six inches in diameter every third game.  That is how much the weather affects football, yet each game still falls within the realm of football.

Just something to think about while you’re watching these giant men freeze on the sidelines.

Allow me to paraphrase John Clayton:

The Pyramids of Giza were massive symbols of power, constructed by tens of thousands of laborers over decades to memorialize the pharoahs and high officials of Ancient Egypt. They are still around today, due to their massive size and stunningly sturdy construction. Truly, the culture behind them put a lot of weight into being remembered. Every so often, I wish that a professional athlete would take after the rulers of the Old and Middle Kingdoms. That is, I’d love if a few of them gave a damn about their legacy.

The trials of Brett Favre and Manny Ramirez bang on, and every passing day reminds me how blessed I am to care about reputation when so many in the world clearly do not. ESPN is keeping Favre as front page news more or less non-stop, and today’s article by Chris Mortensen, though cultivated from a direct interview, makes the ol’ gunslinger sound like a whining teenager. Up in Boston, bellowing pundit Dan Shaughnessy puts up a headline that we were all thinking: “Slugger’s act has grown very tiresome.” Despite the fact that the boy from Kiln and the dreadlocked masher are both sharing the front page as malcontents, the path to this point for both of them has been so different.

Manny’s made a career out of bouncing between being an eccentric goofball on his good days and a team-sabotaging distraction machine on his worst. If he had a monument in Giza, it would be covered in hieroglyphs of him holding forged “home sick” notes, talking on cell phones in the middle of a game, or waving a sign that says TRADE ME. Conversely, Favre has spent the last decade and a half as a hard-throwing everyman; an imperfect and lovable soldier who played tough, played well and gave back to the community. His legacy as one of the game’s best was secured even before he threw his 421st touchdown or had a monster statistical season to (theoretically) end his career. His shrine would’ve been enscribed with Lambeau Leaps and cheering crowds, though now who can be sure. Over the past weeks, Ramirez has soldified his legacy and Favre threw his into doubt.

How both of these stories will end is anyone’s guess. Manny may stay in Boston until the winter and then sneak off to Shea. Favre may play just down the road in the Meadowlands. But regardless of what happens on the field, there will be thought about what happens off of it. Neither man will be kept out of their respective Halls of Fame for a career of buffoonery or just a few weeks worth, but the stories have been written and read, and people will remember this for a long, long time. Maybe not as long as the Pyramids have been standing. But longer than either would care to realize.

On March 4th, Packers quarterback Brett Favre announced his retirement and Dungeons and Dragons creator Gary Gygax passed away.  To be sure, it was a tough day for gaming groups in the greater Green Bay area.

Normally, when you hear news of a big time sports star retiring or a major social icon retiring (yes, I’m calling Gary Gygax a social icon), their days of contribution are long past.  Defensive lineman Warren Sapp, who retired on that same March 4th, was at least three or four seasons removed from his era of dominance.  But in the cases of Favre and Gygax, they still had something in the tank.  Favre had his highest passer rating since 1996 (and his third highest ever) in a more mature and complicated offense.  Gygax still found ways to contribute to the nerd and geek culture even after starting to take it easy in the year leading up to his death.  They were icons, yes, but neither were mere figureheads.

Each represented escapism in their own way, because each let us imagine ourselves as heroes.  We watched Favre throw three touchdowns (and an interception) in a Sunday snowstorm and could see ourselves right beside him in the huddle.  We played in Gygax’s world and fought goblins and explored ancient castles with our buddies.  Both sport and gaming allow us to shed everything we don’t want and take up everything we do.  Whether people spend their Sundays in front of an HDTV or a dice-strewn table, the same type exhilaration manifests.  And we have these two to thank.

So whatever you want to do to celebrate, please do.  Slay some Beholders, paint your face in green and yellow, order ten pizzas and hang out with your buddies.  Heck, do all three.  I know plenty of folks that did. 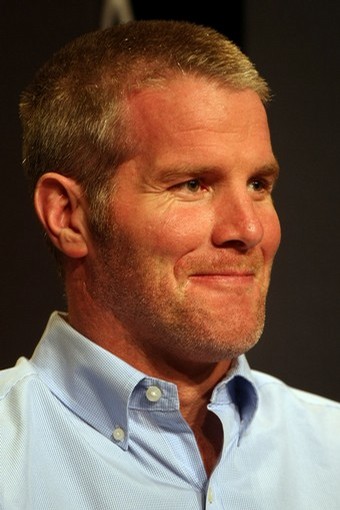