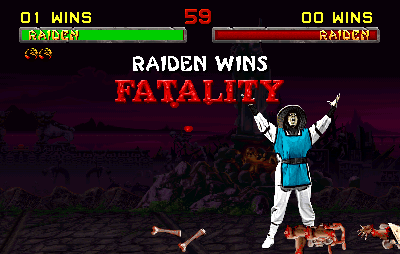 As of Wednesday they remain at seventeen wins and zero losses. Their woefully overmatched opponents cower in fear, thankful they won’t run into such awesome force again. The offense is nearly unstoppable, running up the score with speed and long-range outbursts. The talent disparity is ungodly, separating them from…the rest. They are on an inexorable march to the southwest, where they will be heavy favorites to take their crown. Some players still show flashes of youthful exuberance, but they are well cautioned to avoid revealing it to their stoic coach, a surefire Hall of Famer now fully moved out of his mentor’s grand shadow. On Sunday, February 3, they will likely be striding confidently as undefeated, but today they still face the enormous pressure of history. ??????? The mythical unbeaten heroes of over thirty years ago refuse to go quietly; each passing year grows their legend. But there is little doubt in my mind that this team will quiet any doubters and run the table to 19 and 0.

Of course, North Carolina will still be 21 wins away from a perfect season.

FORTY AND OH? Are you kidding me? This year the Tar Heels endure a massive slate of games and still have a chance to win each one. With a win tonight over Georgia Tech (editor’s note: They did!),

UNC would start out 3-0 in the ACC, prohibitive favorite to capture their second title in four years. Certainly the Memphis Tigers, Kansas Jayhawks, and UCLA Bruins (quick aside: take THAT, nicest man on Earth!) have a say, but under Roy Williams Tobacco Road has become a speedway. UNC has scored over 90 points in more than half of their games, and despite some scares at Clemson and a tough mid-major in Davidson, they’ve made it look easy.

It’s not that easy, though. They need twenty-plus consecutive to match the fabled Hoosiers. The 1975-76 squad compiled 32 victories, including three (and the championship) over hated Michigan. (Michigan, interestingly enough, beat an unbeaten Rutgers team in the Final Four). The perfect season remains the hallmark of Bob Knight’s coaching career, though overshadowed by his destructive and erratic behavior. His motion offense and man to man defense fit perfectly with that Hoosier squad, led by National Player of the Year and bruising forward Scott May, father of future UNC Final Four Outstanding Player Sean May. Guards Bob Wilkerson and Quinn Buckner fed the ball inside to May and Kent Benson, the All-America center.

Wilkerson, Buckner, and May were taken in the top 11 of the 1976 NBA Draft, and small forward Tom Abernathy in round 3. Benson was top pick in 1977. They would have been even better with Larry Bird at small forward; he left the university a month after arriving in 1975.

Indiana’s road to history is just as difficult, if not more so, than the 1972 Miami Dolphins’ feat, this year’s cause célèbre. The sheer amount of contests is the impediment. An average college basketball team will play at least 36 games on their way to a national title. Beat the averages every night is near impossible; someone might get hurt, the opposition’s star player could get hot and take over the game, or the shots might stop falling just long enough. NFL teams always profess that they “have to get up” for division games, played with more intensity and vitriol than other contests. Don’t underestimate the passion of college basketball; not only can fans’ noise and vicious exuberance can rattle a road team much more easily than in the pros, but most college teams (UNC for example) also play 8 road games in conference.

The Cameron Crazies are almost assuredly kicking around some ideas to incite panic and create an unseemly din of hell for the March 8 primetime regular season finale.

The task is so tumultuous, only three teams have tiptoed near it since 1976. All three were fortunate to have the best player in the country, a coach who revolved the gameplan around that player, and a mid-major conference schedule to keep the wins rolling. (More praise for the General: while Indiana did have Scott May, Knight’s motion offense distributed the ball fairly equally and the Big Ten schedule was one of the toughest in the nation.) The 2004 Saint Joe’s Hawks rolled through the regular season unbeaten, paced by the nation’s best backcourt in Delonte West and Naismith Player of the Year Jameer Nelson. (This Sports Illustrated cover sums things up nicely.) The wonder twins carved up the Atlantic 10 and smashed 27 consecutive opponents, three more than hairs on coach Phil Martelli’s head. Unfortunately they were unceremoniously shellacked by Xavier in the Atlantic 10 quarterfinal, their first game ranked #1. They later overcame a height disparity and the craggy growls of loathsome Billy Packer to fend off Wake Forest in the Sweet 16, ultimately coming one unlucky shot by Oklahoma State’s John Lucas from reaching the Final Four. Their lack of a stupendous front court eventually caught up with them.

The 1979 Indiana State Sycamores had a decent frontcourt; small forward Alex Gilbert and power forward Brad Miley combined for 15 points and 12 rebounds a game. Their center, a guy named Bird, scored 29 and grabbed 15 rebounds per

contest. He was also second on the team in assists, with nearly six a night. Make no mistake this team had no one (save guard Carl Nicks) even touch the NBA. This degree of difficulty made it all the more impressive when Bird started to singlehandedly destroy teams, with ISU and its third year coach Bill Hodges along for the ride. Like St. Joe’s, they were overlooked and weren’t ranked #1 until their first postseason game, thumping the fabled West Texas State Nicknames 94-84. Against formidable competition, the Sycamores continued their impressive romp through the NCAA Tournament, squeaking past Arkansas and Depaul to reach the national title game unbeaten. The 33-0 start hit a snag with an unfortunate one game losing streak in Salt Lake City.

Michigan State, nearly as impressive a team, won 75-64 behind stellar performances from All Americans Greg Kelser and Magic “Earvin” Johnson.

Even though Indiana State made the title game, they still aren’t the best team to go almost-undefeated. The 1991 UNLV Running Rebels are probably one of the top 3 teams of all time and they didn’t even win it all! They were the defending champions, having flat curbstomped the Duke Blue Devils 104-74 in the previous year’s title game. ?????? (You forget this now, but Durham was once the capital of collapse, reaching Final Fours in ’86, ’88, ’89, and ’90 without winning. ????? ?? ???????? ????? ) The following season coach Jerry Tarkanian would sit on the sidelines and bit his towel

while the Big West conference simply would cry into theirs. The Rebs were flat awesome, winning 30 straight to roll in the NCAA Tournament a wire to wire #1 team (despite what SI believed). The quartet of Anderson Hunt, Stacey Augmon, Greg Anthony, and Larry Johnson made up maybe the greatest collection of talent playing together on a college court, with the possible exception of Bill Walton and anyone else. In their 35 total games they averaged a 98-71 victory and shot nearly 54% as a team. National player of the year Johnson threw up a 23 and 10 every night, and Greg Anthony nearly dished ten dimes a contest despite only playing 31 minutes per game. Their talent was so great that it actually cost them in the end; when forced into a tight rematch with Duke in the National Semifinals, they did not know what to do, blowing a five point lead with two minutes left (their largest lead of the game) and bungling a final play. The eventual national champion Blue Devils, helped out by a maturing Christian Laettner and an athletic marvel, freshman Grant Hill, squeaked out a 79-77 victory so surprising it was listed as the 4th greatest upset in tournament history by The Sporting News just a few years ago.

So whither UNC? Probably. Despite a legendary coach in Roy Williams, a Player of the Year candidate in Tyler Hansborough, and athletic, speedy swingmen Wayne Ellington, Ty Lawson, and Danny Green, the odds stack well against

them. From day one they have been ranked #1, an unpleasant crown most nights. Each team saves their best effort and craftiest plays for the Heels; each crowd hollers a little louder and hisses a little nastier. The ACC is one of the best, if not the best, basketball conferences in the nation, and Duke awaits twice. Even if UNC runs through the regular season unbeaten, they’d still be 9 wins away. No, the team with the best chance is actually Memphis. They can score like almost no other team. They play in Conference USA, a mediocre division with UAB the fiercest rival, a bit like saying a ferret is the smartest warrior. Their coach, John Calipari, has taken a team with similar pedigree to the Final Four, leading Marcus Camby and UMass in 1996. Their guard play is dizzying, their defense quite pesky. Finally, their biggest tests–#5 Georgetown (pimpslapped 85-71), #17 Arizona (13 point win), and upcoming #6 Tennessee (could end life in that state as we know it)–are all at home. There’s a chance, but only a small one.

And if those unbeatens stumble? We’re not sure what the Indiana Hoosiers will do. Back in ’76 they were too young to drink champagne. Maybe they’ll just bask in the glow of their overlooked, unbeaten triumph for another year.