With the next professional sports drafts many months away, Nerds On Sports is more than happy to satiate your needs for pointless ranking and and serpentine pick orders. An intrepid band of nine Internet brothers thoughtfully and methodically, and certainly not arbitrarily, chose characters and figures from the wide-ranging world of video games in order to form a team that would…um…I’m not sure. Most of my requests to clarify this issue were ignored. It was moot in the end anyway, as we weren’t even able to complete three rounds before the thread was abandoned and certain members tried to spread memes about Full House slash instead. Anyway, here’s the Round 1 analysis: 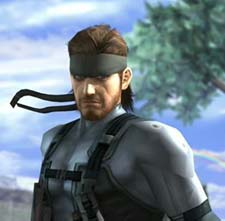 “Why Snake:
He has a mullet.
He routinely takes on Hind D helicopters with nothing but a gun. (any MGS game)
He runs around high security military base in a cardboard box. (any MG game)
He can ride a skateboard as well as Tony Hawk. (see MGS3: Subsistence)” – Brett

Can’t fault Brett for this pick, especially since I want a cardboard box like that. It would be handy for, like, stealing t-shirts from a shopping mall kiosk, or getting adolescents into R rated movies. Can’t think of what else it would be good for.

“Not the game, of course, but the castle of that name. This thing has played host to zombies, werewolves, Medusa heads, acid-spitting frogs, that thing that looked like the Phantom of the Opera mask and cried blood, Frankenstein’s monster, mummies, candles, and Dracula himself. It’s the compelling character and, along with Drac, one of the two recurrent ones in all of the Castlevania titles. That’s a fair amount of games– this puppy’s got clout.” – Peiser

Peiser and his fancy legal education exploited the fact that there were no real rules to the draft and decided that in lieu of an actual character he would pick a goddamn humongous building instead. Why not just pick the halo from Halo? Or, if all structures are fair game (or lack of them), why not choose a cavernous pit, the source of death for many different characters across many different games? 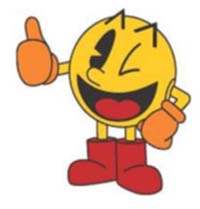 “Our scouts found his physique a bit… uhmm rotund, but he’s playing at the same weight he always has. Plus he’s a hard-nosed gamer and does everything he can with his body. He can reverse directions better than anyone in the game. Except maybe his wife.” – Lynch

He has that nasty addiction to pills, though. BALCO’s gonna be his downfall. 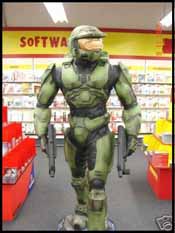 “Military-trained, armored up, shielded up. Can kill fellow marines just for their grenades. Can take out multiple alien races. Knowledgeable in several different kinds of arms, including swordfighting. Has a coach implanted into his brain.” – RJ

“Master Chief is just not a team player.” – Peiser

Master Chief might kill a marine in order to get some precious grenades, but there is no difference whatsoever between that and taking the hit as a batter in baseball. You hear me? None whatsoever.

“Seven miles tall, capable of faster than light travel, and designed to be the most adaptable starcraft ever conceived, the Mothership is perfectly suited for virtually all situations. It houses hundreds of thousands in cryostasis and has numerous on-board ship and fighter foundries that can build everything from automated drones to a fleet of carriers. The living brain of the Mothership is sealed behind impenetrable walls and the whole of the ship is capable of self-repair.” – Serpico

Serpico is a PC gamer, which means that oftentimes when he expresses excitement towards a video game I have no idea what he’s talking about. It’s like when people try to talk to me about the NBA. Again, the idea of a video game “character” is stretched, but at least it’s not a building.

“Though a fifth-year senior, Warmech posted some of the most impressive stats at the combine:

Truthfully, I never played the original Final Fantasy, but Perich is a man after my Moneyballin’ heart because he picked a character with QUANTIFIABLE STATISTICS. And I know enough that those statistics are very, very good.

“This guy just ‘snaps’, and his behaviour cannot be predicted/ monitored by all you computer-y space-y future-thingies.” – Ed

I don’t know this game or character at all. A quick skimming of the Wikipedia article on the game reveals he is (ill-)equipped to handle the stresses of a psychotic everyday life. So a sort of Falling Down, the video game I guess. Remember when Michael Douglas lost his shit in a fast food joint? That was awesome. 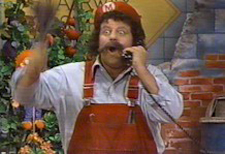 “He has defeated many a castle (Super Mario) and space ships are next (Super Mario Galaxy). He is on a level fighting playing field with Snake (upcoming Smash Brothers) and he has done will against the “female Master Chief” Samus (Smash). And if Bowser, Donkey Kong, and Wario aren’t good judges of angry and fat men, I don’t know who is. Though Mario isn’t known for his Mech destrion abilities, I think having a twenty-something-tool player on my team is nice. ” – Willis

Great pick. Strong, versatile character. Invincible at times. Captain of his team. Got all sorts of intangiables. Curb-stomps the majority of his enemies. What more could you ask for? 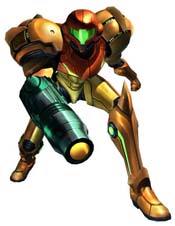 “She’s got the weapons and the know how to end entire civilzations of alien menace.” – Bobby

*yawn* Safe and obvious pick with a multi-game superstar. Also known for her ability to pitch a tent due to her profound love of camping.

That concludes Round 1! Round 2 will be posted when I get around to doing it!