Other people hear that Dallas was knocked off and cheer. I hear it and immediately say, “Wait – didn’t the NBA just have playoffs?”

I seriously cannot keep track of the NBA’s season. Baseball and football have traditional seasons associated with them (spring and summer in the former; fall and winter in the latter). But until the NBA starts playing outdoor games, I’ll never have a concrete sense of when it’s “basketball season.”

NBA.com tells me that the playoffs started on April 21st and could end on June 21st. That’s two straight months of playoffs. Consider that pre-season games begin in early October and you’ve got an 8-month season. Can you imagine if football started in July? Or if the first pitch was thrown in March? That’s the level of absurdity we’re talking about here.

So here’s my new and improved NBA schedule, designed using science and shit.

(1) You play everyone in your conference twice.

(2) You play everyone in your division an additional time (so, three times for them in total)

(3) You play eight games out of conference, I don’t care against who. Are the fans really dying for a Clippers / Bobcats match-up? I don’t think so.

So that’s a regular season of 48 games, not this 82-game monstrosity under which we currently suffer. At 12 games a month, that’s a lighter season than any team currently has. We start in October, we’re done by January.

Playoffs start in February. Ideally, they should start the second the last meaningful regular season game is played, with the court being hurriedly mopped down and the Lakers getting a generous 300 seconds to catch their breath before taking on their opponent. But the players’ union might throw a fuss, so we’ll allow them a weekend. Anyhow: playoffs start in February.

Every team goes to the playoffs. ???? ???? ??? ???? The highest seed in each conference gets a first-round bye. Otherwise, match high seeds to low seeds and play single-elimination brackets until you get a conference champion. Then the conference champions face each other in the finals. ???? ????? ?? ??????? Why single-elimination? It works for the NCAA, don’t it, and when’s the last time anyone asked you to join their NBA playoffs pool? Let’s make this game exciting again. 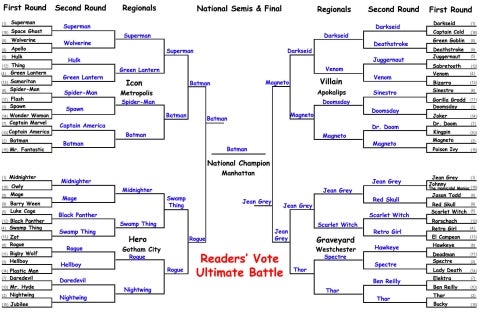 7+4+2+1+1 = 15 games. February screws us by only giving us 28 days, but I want this shit over with before college finals start, so let’s have a game every other day until March 2nd, when the Pistons and the Spurs are dragging their feet with exhaustion, Tim Duncan dies of a heart attack in Rasheed Wallace’s arms and the world championship is decided in a 38-33 shootout.

October through February. A five-month season without an ounce of fat on it. bet356 Let’s either make this sport interesting again by running it at a marathon pace, or get it over with as quickly as possible.