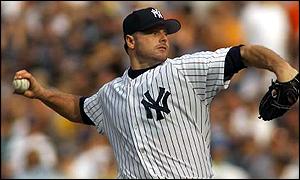 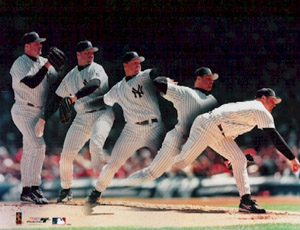 Roger Clemens will be making a pro-rated MM salary this year, which works out to roughly MM for the four months (assuming he starts throwing at the beginning of June) that he’s in uniform. ????? ??? ?????? That’s nearly double what the Red Sox were offering for a late June start date and, based on the Astros’ spending trend, higher than Houston’s offering by about a billion dollars. So was money the difference? Not entirely. But I do think an offer that gives him the highest per-game salary in the history of baseball was a vital first bean in a three bean “Welcome to the Bronx” salad.

The second bean was the people in the Yankees organization. They always say that co-workers make the job. Not as much as a salary twice as high as any other you could get, but still an important note. It is public knowledge that Andy Pettitte and Clemens are two peas in a pod. Derek Jeter, whom he has gone on record multiple times to praise, and Jason Giambi have been keeping in touch with him all season. And George Steinbrenner had a private conversation with him in the spring that Clemens noted was very special to him. So while all of this may not be as important as the amount direct deposited into his account each month, it cannot be discounted. ???? ?????

That third bean is the answer to the question “What Do You Get a 44 Year Old Future Hall of Famer That Has Everything?” Simple – a God complex. Clemens has seven Cy Young awards, a pair of World Series Rings, over 4,600 strikeouts and is in the top ten in career wins. But he’s never been a savior before. Last year’s tour in Houston didn’t result in a playoff berth and my guess is that he figured his return wouldn’t do it this year either. Boston is already on top of the division, so it’s not like they need (or the media says they need) rescue. The Yankees are a special case, though. They’re one game below .500 (14-15), yet are leading the league in runs per game (6.0). They’re a team that is betrayed by non-Wang, non-Pettitte starting pitching. If only there was a man that could ride into town on a white horse to right the wrongs! If the Yankees can turn things around (my guess is that they were going to even without the Rocket), it’ll be this 7th inning announcement last night that will be marked as the turning point of the season. Being a season-saving hero is not a bad way to end a career. ?????? ?????? 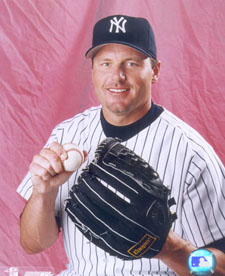 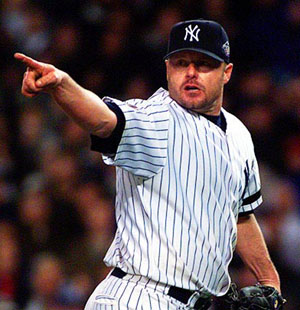