[Business Day One] A Friend of Fate

Allow me to set the stage for you.  I was 4-0 in my one and only Fantasy Football league, hoping to make it five straight against a team with Tom Brady at quarterback.  We can start one quarterback, one running back, two wide receivers, one tight end, one flex player (RB, WR, or TE), one kicker and one defense.  I’ve started more or less the same line-up in these spots for all of my games this year: Phil Rivers at QB, Joseph Addai at RB, T. J. Houshmandzadeh and Santonio Holmes at WR, Antonio “Third Round was not too soon to draft him” Gates at TE, Larry Maroney (I call him Larry) at Flex, Josh Brown at Kicker and Minnesota’s Defense as, of course, my defense.  Great team, built around consistent points.

But not for Week Five.  Maroney and Addai were both out.  They were, it is important to note, my

first two draft picks.  Losing one of your first two selections is often the kiss of death.  Losing both is what’s known in fantasy sports as the “Getting Shot in the Head, and then the Chest” of death.  My RB back-up, Chester Taylor, was on a bye week, along with his team’s (Minnesota’s) defense.  Santonio Holmes, I learned halfway through his game, was out with a sudden hamstring injury.  Favored WR back-up Santana Moss was also out.  Phil Rivers was still Phil Rivers, and was playing a Denver team that is exceedingly tough to pass against.  Oh, and I’ll save you the suspense now – Josh Brown didn’t record a single point.

So, my starting line-up was as follows:

To call this team “patchwork” would be an insult to the fine quilt craftswomen of America.  This team was duct tape and prayers.  I knowingly started NO ONE at running back.  Running backs are the most reliable points in fantasy football, and I hadn’t a soul to carry the rock.  It was the

fantasy equivalent of gathering your team in the locker room before the game and saying “go out there and have fun, they’re filming the sequel to Mystery, Alaska out there.”  The Cardinals defense was a complete flyer, and I picked them up only because I knew they had fast defensive backs (which meant that if they got an interception, they might be able to thread the needle and take it back for six points).  So, of course, I expected to lose when I left my house to go to my weekly Star Trek Role-Playing Game session…

…what?  This website is Nerds on Sports, after all.

I returned home after spending six hours pretending to be a security officer on board an imaginary starship and went online to take in the bad news.  Because neither myself or my opponent had any players going in the Packers/Bears game or the Monday Night Football Cowboys/Bills game, the score was final when I got home.

I won.  Despite only having five positions that scored any points.  Despite having two of those five coming off the waiver two days earlier.  Despite having no one at running back.  I won against a Brady-led team and remain the only undefeated team in my league.  Rivers discovered how to throw a football.  Gates never forgot how to catch it.  Stallworth finally broke his TD-less streak, which I admittedly had a feeling he’d do.  Randal El excelled with Santana Moss riding the bench, and the Cardinals defense sent one of their speedy D-backs into the Rams end zone on an interception.  82-78.  Wow.

I’m the luckiest man in my league, to be sure.  I’m a Friend of Fate, the favorite of the Gods of Fantasy (who are lesser dieties under the sway of the mighty Gods of Sport).  There are others like me, and we are a blessed sort.  There’s often one in every league, and you as a fellow owner just need to be aware that when you play him, you’ll likely lose due to astonishing happenings on half a dozen football fields.  To honor these Friends of Fate, and to do a service to all of you out there, I’m going to list out the types of fantasy owners you’ll come across in your league.  Now that the season is five games old, this information will prove helpful.  You can thank me later:

Friend of Fate: He’s the guy that picks up Ron Dayne Sunday morning and starts him on a whim, only to be rewarded with an out-of-nowhere two touchdown performance.  You will trade him your starting quarterback for a star wide-out that will get hurt the second you put him on your roster.  You’ll score the second highest amount of points in the league and lose, since you’re playing him the week he scores the most.  The old goes that it’s better to be lucky than good, and the Friend of Fate proves it.  Come playoff time, you’ll begin to seriously believe that he’s made some sort of deal with the devil.  Or at least your commissioner.  Either way, his bizarre and likely supernatural powers make him a force to be reckoned with.

The One And Done: He’s a great manager for the first two weeks, then all of a sudden he stops checking his roster.  Most non-money leagues (ahem, gambling is illegal and shouldn’t be done by anyone) have a couple, and they prove to be an infuriating thorn.  He’ll beat you in Week Two, and then proceed to not touch his line-up for the entire season.  By Week Ten, he has only three players that still score points, and you are the laughing stock for dropping one to him.  Don’t feel bad about this – countless thousands have been emasculated by such an occurrence.  There’s a support group somewhere, I’m sure.

The Trade Baiter: You’ll know this one immediately, since he’ll begin throwing three or four trade requests of varying degrees of reasonability at the league each week.  Apparently, he’s not happy with anyone on his team, but insists they’ll “become a stud in, like, two weeks” if you hit the Accept button.  Sometimes, there is a good intentioned trade in there, but he’s cried wolf too many times for you to believe him.  Best bet is to call him out early and avoid him completely.  Unless of course one of his players is going to become a stud in, like, two weeks.

The Vulture: If players are available off the waiver wire at 7 a.m. on Wednesday, he’s be awake and online from 6:55 until lunchtime looking for castoffs and injured players.  He scoops them up and puts them immediately into his injured reserves for safe keeping.  Often these owners aren’t terribly good, since most of their roster consists of guys with broken arms and shredded tendons, but in keeper leagues they should be kept track of.  A few good pick-ups on his part and all of a sudden he has the top five candidates for Comeback Player of the Year in his rotation. 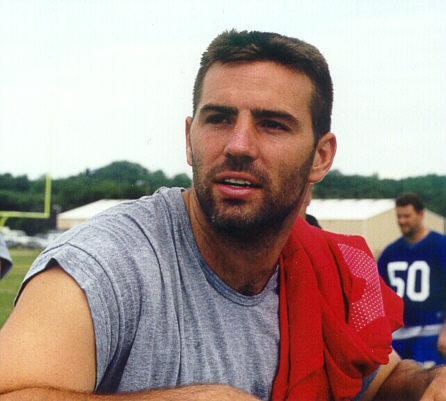 The Fixer-Upper: Kind of like a Vulture, only with a quicker turnaround on the investment.  He’ll pick up a back-up quarterback off of waivers once the starter goes down, give him a couple of weeks to rack up stats, and then try to trade him off.  There’s nothing wrong with being opportunistic, especially if the back-up was a highly touted draft pick that could actually help another team.  But just be aware that this guy has probably watched a couple of those “No Money Down” Investing documentaries that are on in the middle of the night.

The Misinformed Rookie:  He’ll draft JaMarcus Russell in the first round because the Oakland Raiders drafted him in the first round, and then he’ll go on to make innumerable deals with the Trade Baiter and the Fixer-Upper until his team is as barren as a post-rush boomtown.  Every owner goes through growing pains in his first season.  This guy just happens to go through every possible growing pain, starting on draft day and ending when he misses the playoffs after accidentally setting his roster wrong in the final week.  Show sympathy.  We were all there once.

The Excuse Factory: Every team is undefeated before Week One.  But the Excuse Factory’s team is undefeated in the perfect scenario that he envisioned and is insistent that the fates took away from him.  Even if his team is 1-4 through five.  “If Deuce McAllister was still healthy, I wouldn’t be in this mess at all.  I’d have at least two more wins, maybe three if I didn’t play that lucky jerk who had Phillip Rivers this past week.  It’s so not fair.  How could I have planned for this?”  If providence aligned just right, The Excuse Factory would’ve set public league records in total points in each of the past three seasons.  He’s certain of it.  And he’ll let you know at every opportunity.

The Trashman: Apparently, fantasy football success is directly proportional to sexual virility.  Why else would the Trashman be insulting your ability to produce offspring after his team is the first to score on Sunday?  The Trashman doesn’t just bring the smack, he scripts it first.  He may or may not be malicious, but he is more emotionally invested in fantasy football than you are and manifests this passion in a near-constant string of stunningly constructed poems about your parentage, or how your lineup suggests a severe developmental disorder.  He may be your friend after the season, but until then, he’s going to be making your doubt your self-worth.

The Statistician: He may not be the loud one, or the one that prowls the waiver wire, but he is the best informed of all of the owners in the league.  He’s up to date on all the injury news, is diligent on setting his roster on Saturday and checking it Sunday morning, and is as good at scenario analysis as a financier.  Often secretive during draft day and over the course of the season, he prefers to talk shop only when pressed to and enjoys the company of numbers more than the company of other owners.

Good luck, owners.  May the Gods of Fantasy smile on you as they’ve smiled on me.