As I wrote about last week, fantasy football is as much about friendship and being a good sport as it is about compiling the perfect team. At least it should be, anyway. Sure, there’s trash talk before the draft, audible “you just drafted Eddie Kennison” groans during the draft and jokes about where you’ll put your trophy after the draft. But that’s in good fun. It’s the jokes that friends make among friends. And there’s a line between that and being “that guy.” You know the one. “That guy” whose eyes flare wide when they hear the term bye week carried on the wind.

I’ve got an issue with folks that have obsession issues. It’s why I don’t go to comic conventions or Magic: The Gathering tournaments. Nerds (I will use the term “nerd” in this article to 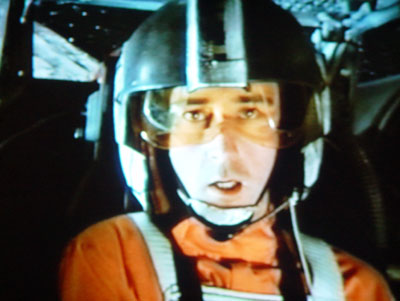 describe anyone with an aggressive love of any hobby) have this nasty habit of flexing their nerd muscles publicly. They not only express their powerful and startlingly well-researched views, but they want to demolish yours. A conversation with a nerd becomes a power struggle. Any opinion you offer somehow jeopardizes the sanctity of their intellectual nerd fortress. Even if you agree that Wedge Antilles was the linchpin of the Rebel’s fighter strategy at Endor, if you don’t agree hard enough, a nerd will scoff and pelt you with Dippin’ Dots. Fantasy football managers, don’t be that guy. Don’t ever be that guy. Your team is together and you’re proud of it. And that’s awesome. But I do believe that sport is more about unity than division. Naive, maybe. But I’m trying to push my canon and you folks are reading, so hopefully I’ll get a couple of head nods out of you. I won’t hit you with highly processed ice cream if I don’t, though.

So Miss Manners is back once again, to give you some post-draft fantasy football etiquette advice that you can use throughout your seasons:

Be aware that any fantasy football team sounds amazing before Week 1.Your average fantasy league has ten to twelve teams in it. The National Football League, the supplier of our players, has thirty two teams. If my math is right, which is is, then a fantasy team will be packed with three times as much big name talent as an NFL team. A good fantasy owner should have a Top Ten Quarterback, a Top Ten Running Back, a Top Ten Wide Receiver, a Top Ten Tight End. In fact, a crappy owner will still probably have most of those. So as proud you are of your team, don’t go singing it’s praises just because sounds vastly better than an NFL roster. It’s all about like comparisons to, say, other teams in your league. And it’s not like you remember who everyone else has and can recite it to put your team in perspective. Your Phillip Rivers-Lawrence Maroney-T.J. Housh team (which is my team interestingly enough) sounds fantastic until you line it up against a Tom Brady-Steven Jackson-Steve Smith team or other some such. I’m not telling you to avoid talking about your team before the season starts, I’m just saying you should hold off on bragging about your uber-squad until they prove themselves against other fantasy competition. Before Week 1, every team is All-Star.

Fantasy Football is not good date conversation. Unless, of course, your boyfriend/girlfriend is in your league, or your co-owner, or is a statistical guru. Would you

try to win the heart of a young woman by wooing them with stories of dominance in Final Fantasy VII or how you whupped some fools in the company frisbee game? Probably not. Girls and most guys don’t like hearing about competitions unless they involve professional teams. And even then, it’s dicey. Talking about the trill of athletic victory after the fact and making it compelling is difficult enough when you’re talking about a walk-off homer in a Sox/Yankees game or an unbelievably Hail Mary pass. Talking about the exhilaration of beating your friend Tim’s Brookline Ball Busters fantasy team in Week 6 is damn near impossible. So why try? Talk about her eyes or some other more romantic thing. No need to bring up your team stats over appetizers unless the team you beat was hers. If that’s the case, rub it in her face and insist she pick up the check.

It is not weird to wake up at 7 a.m. on a Tuesday just to get the first crack at free agents. I do it. We all do it. If you can pick up players starting at dawn, get up at dawn if there’s someone you want. It’s not wrong and you shouldn’t feel bad about it. Most folks don’t have Jared Lorenzen on roster (nor should they), but if your boy Eli Manning goes down and there are no other quarterbacks available, then you better set your alarm early. Besides, I hear the Pillsbury Throwboy has some good pocket presence.

Reminding your friends to update their rosters is a dangerous game. Are you being nice when you tell your buddy (who may be notorious for not adjusting his roster for bye weeks) to go on to the website and get his line-up in order? Or are you doing it because you want him to beat your other buddy that’s only a game ahead of you in the standings? Are you being selective in telling various people in your league to update their rosters? Do you get upset if someone doesn’t and then loses? Are you relieved when someone doesn’t update theirs when they play you? These are questions you need to ask yourself. You can be the nice guy and reminds folks. Or you can just leave the owners to their own devices. But doing it selectively is gaming the game (and the gamers), and perhaps morally dubious. In the end, though, the choice is yours on how to play it.

There’s a lot of fun to be had in fantasy football. Managing your team, talking about your team and trash-talking other teams is all part of the joy. But it is important to remember that, even though fantasy football is a big part of one’s (my, at least) life, it’s not the only part. So keep your manners around the non-owners and try not to screw anyone too badly with trades. And good luck, folks.